How The Creator Of Deep-Fried Oreos Celebrates National Doughnut Day

How The Creator Of Deep-Fried Oreos Celebrates National Doughnut Day

Is there anyone you’d rather spend National Doughnut Day with than the man who invented Deep-Fried Oreos and Krispy Kreme Triple Decker Cheeseburgers?

His name is Charlie Boghosian but, to anyone who lives in Southern California, he’s known affectionately as Chicken Charlie’s, master of fun food at the San Diego County Fair and OC Fair. He’s the one whose culinary creations everyone eagerly anticipates each summer.

And he never disappoints.

For a preview of this year’s goodies and a look at what he’ll be eating on National Doughnut Day, we caught up with Boghosian, whose enthusiasm is infectious and who is as delightful as his smile-inducing Cotton Candy Ice Cream Sandwich. 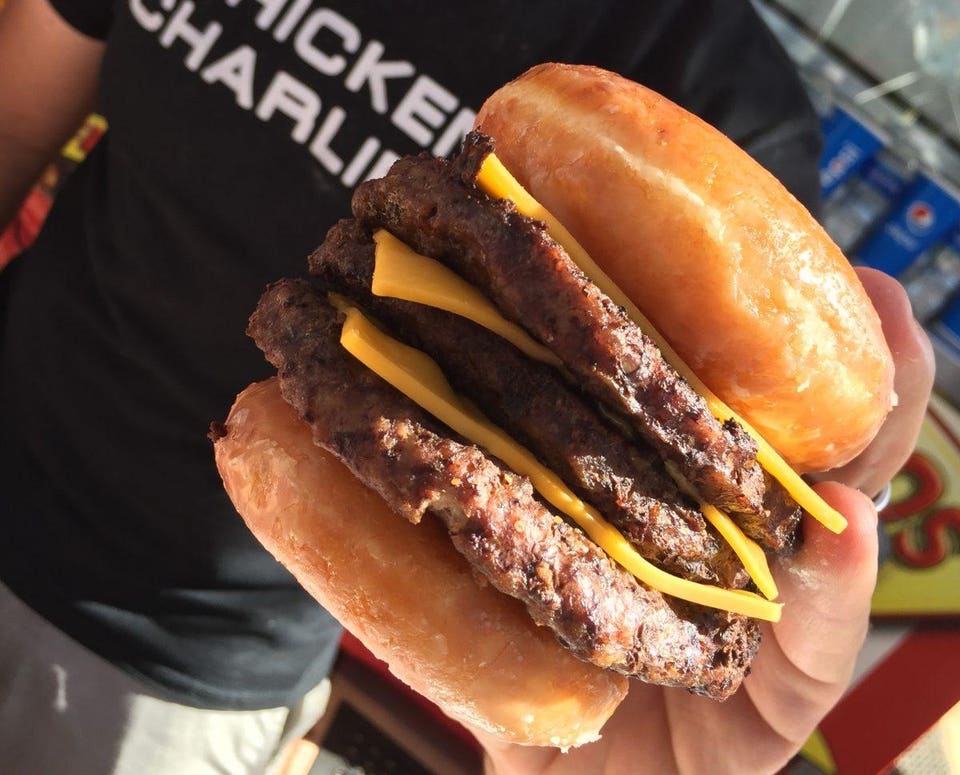 First, I just want to tell you that your Krispy Kreme Triple Decker Cheeseburger at the San Diego County Fair a few years ago was one of my favorite things ever! So, thank you!

I am so glad you enjoyed it! My favorite part of creating something new is seeing people’s faces when they first find out about it or try it for the first time. But the best part is when you actually eat it and love it. LOL Who said deep-fried Kool-Aid couldn’t be crazy amazing and delicious?

Global Citizen From Gulmi: The Man Who Never Gave Up

How did you get started making all this unique fair food? Can you give us a little history?

I saw an advertisement for the San Diego County Fair in my hometown and I thought how cool it would be to go and get a job at a carnival. I never thought that I would still be working there 35 years later – and loving it.

I learned how to cook from my mom. We are Middle Eastern – Armenian, first-generation Americans and, boy, can that culture cook. When I bought my first food stand in 1996 it was called Broasted Chicken, and I instantly changed the name to Chicken Charlie’s. The short answer for how I started inventing and creating unique fair foods is that I wanted to stand out. In a lineup of food stands you needed to have something different and I thought chicken – although very good tasting – is boring. To get the customers’ attention, I invented deep-fried Oreos. I had no idea what I did at the time until the media kept asking me what is next! 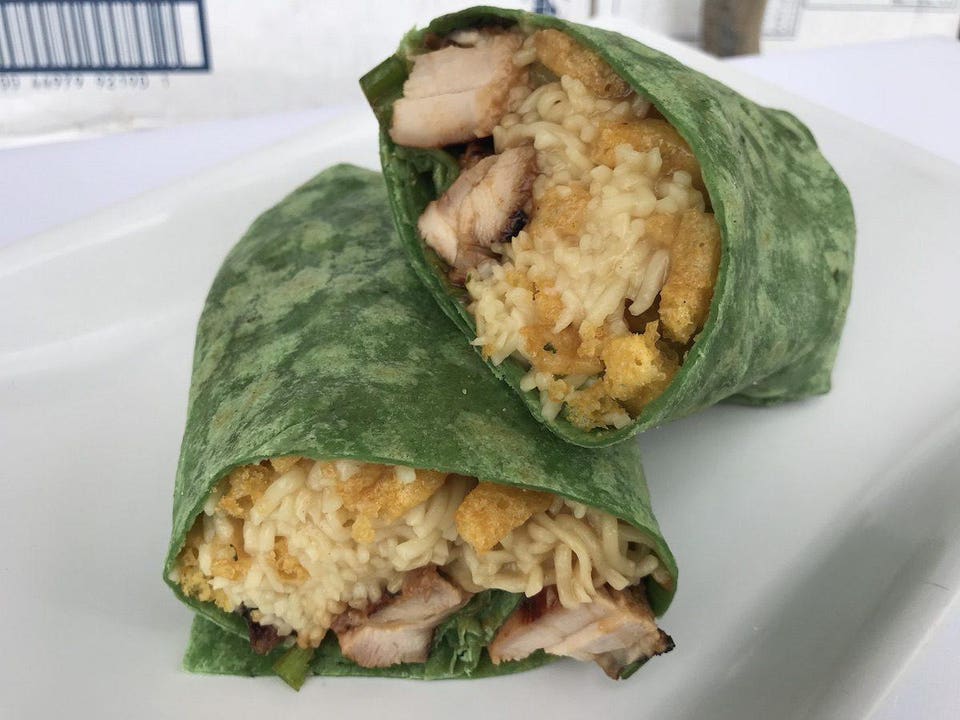 How do you come up with a new item every year?

Since people always want something new, I love giving it to them. Every year as I walk down grocery aisles or just sit around the kitchen having fun with my friends, I am always thinking, “What can I fry?”

Over the years I have fried everything – from cheesecake and ice-cream to Kool-Aid and marshmallows. But the best one yet was a men’s shoe in middle of 400 people watching in the center of the San Diego County Fair.

Can you give us a preview of this year’s big item?

Yes, are you ready? Chocolate pasta. Chicken or shrimp Ramen Burrito. And, what I think will be the best ever is the deep-fried filet mignon.  Look out country fried steak, because the filet is here. I dip chunks of filet mignon in my own fish and chip batter and fry it. 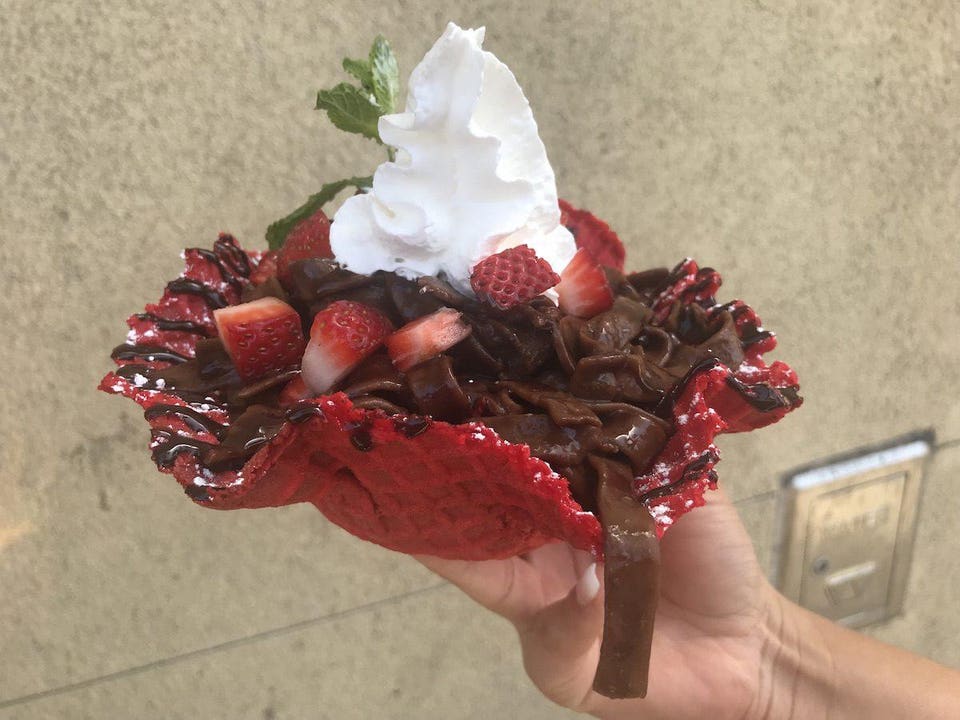 Okay, you’re killing me. What’s been the most popular item?

Usually the new item of the year is always the most popular item, so every year I try to outdo the year before and come up with a new creative, fun, and crazy concoction. But, if over the last 25 years, I had to pick one, I would say the first one: the deep-fried Oreo! I am honored that it is now sold across America not only at carnivals and festivals but also in many restaurants from Las Vegas and Miami to the Jersey shore.

What’s been your own personal favorite?

What’s been the weirdest of all?

I fried Chuy’s hat on Chelsea Lately, Conan O’Brien’s sunglasses, a couple of shoes and my t-shirt on Modern Marvels. On a serious note, probably the Krispy Kreme chicken sandwich. The year I invented that everyone told me I was crazy, and I wouldn’t sell any even though it got me on the front page of the Los Angeles with President Bush and Hugo Chavez of Venezuela. At that time, no one had ever put a meat inside of a doughnut commercially and now you see it happening everywhere with everything. 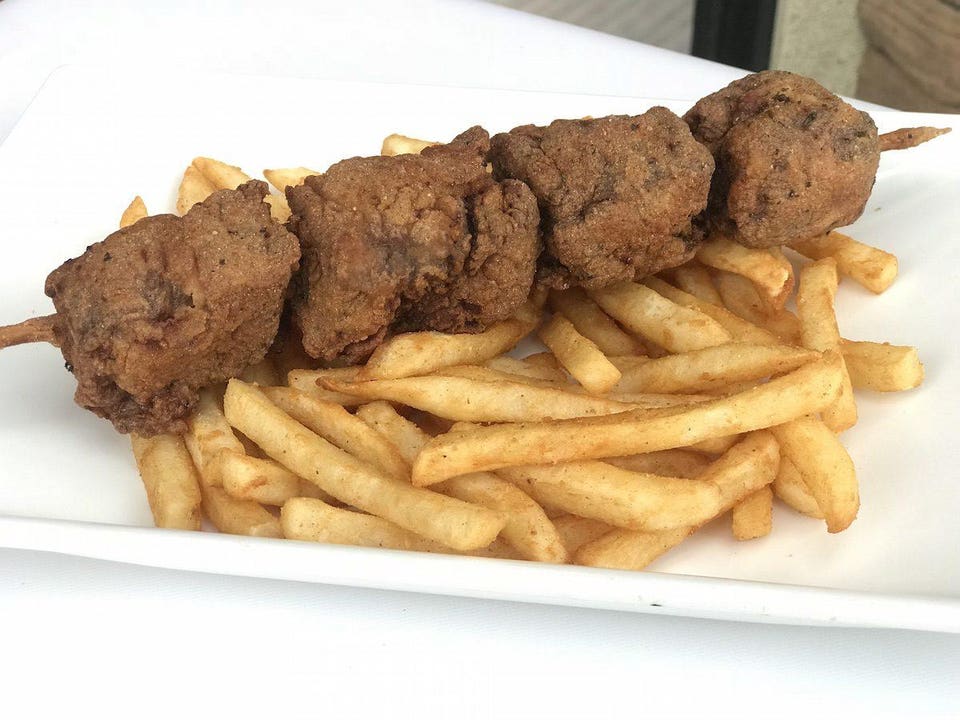 What’s your favorite ingredient to work with?

That’s an easy one. OIL!

Since tomorrow is National Doughnut Day, let’s talk about your work with doughnuts. Why have doughnuts become a foundation for so many interesting dishes?

Like I mentioned, I loved the Krispy Kreme cheeseburgers. How did you possibly come up with those?

The first one I invented was a Krispy Kreme chicken sandwich. Then, when I went to do a burger, I couldn’t just do one patty. Two looked better. But three was like a grand slam.

What are some of your other donut creations?

Sloppy Joe inside of a jelly filled donut, that is my wife’s favorite. My favorite was a honey shrimp with walnuts inside of a maple donut – topped with bacon, of course.

And my creation last year, where I put a Blue Bunny ice cream puck inside of a glazed doughnut with a fried boneless chicken breast, was huge! 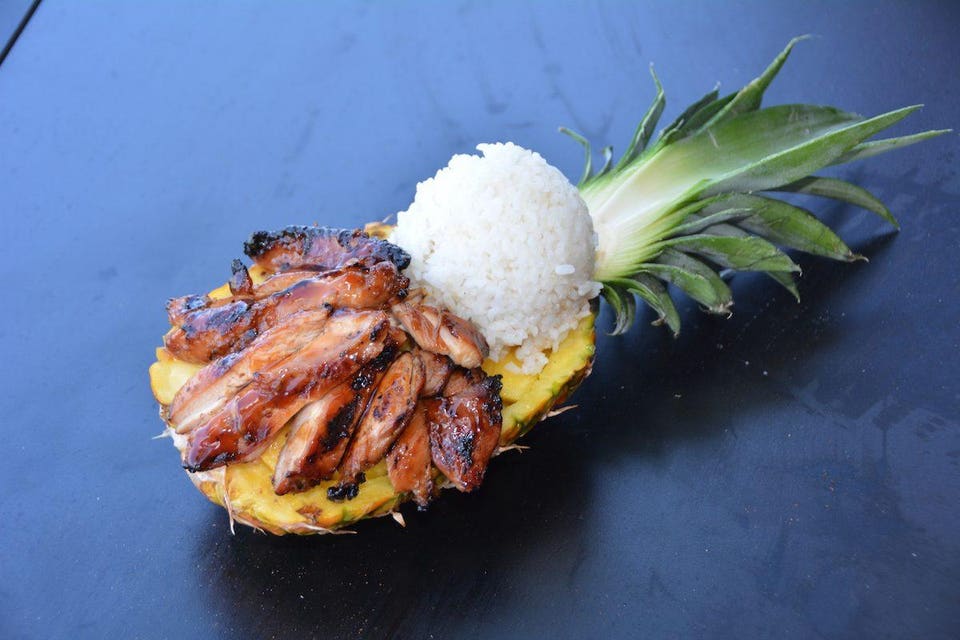 How will you be celebrating National Doughnut Day?

Tell us about your San Diego restaurant, Chicken Charlie’s FRYBQ. Why did you want to open a restaurant?

I opened the restaurant because for years and years I did fairs and festivals across America and when we had my first baby, Abby, I was worried that I would be a faraway dad, so I decided to slowly cut back on fairs and festivals that were far away from Southern California. After a few years of that, I found myself with a little time off. I didn’t like that since I love to work, so I started dreaming about a restaurant where I could work all year and not just seasonally. The thing is I didn’t want any rules with the menu. People ask me what my theme is, and I always say the theme is no theme. My restaurant menu has all the things I want to eat. Random things like fried frog legs, chicken and waffles, funnel cake, and lobster slipper tails.

Do you serve any of your fair items there?

In my restaurant menu about 40% of the menu are fair items!

What’s next for you?

I just closed escrow for my second restaurant in San Diego, and now I’m thinking about a third one. The first one is called Chicken Charlie’s FryBQ, because it’s fried and barbecue.

This new one I’m calling Chicken Charlie’s Table. I want to do more home-cooked meals like chicken and steak pot pies. If I do open a third one, I’m going to try to get it by the ocean so I can call it Chicken Charlie’s by the Sea. I love fish and seafood, and I think will have so much fun with that kind of a menu there.

I believe the world would be a better place if we all traveled more, and I write about everything from luxury spas, cruises and hotels to quirky museums and street food in order to encourage people to get out and explore. When I’m not traveling around the globe—and even when…